“The days of poking fun at Instagram influencers are over—because they, at least, have a game plan. Legacy media has stood on the tall pillars that have informed its editorial strategy for so long—but in just a few short years, creators have been able to bulldoze outdated practices and find new ways to reach audiences.”
—Candace Amos, director of audience and social media, The Daily Beast, in NiemanLab’s Predictions for Journalism 2022 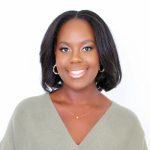 Let’s repeat: “They, at least, have a game plan,” Amos (pictured here) writes. As my colleague Matt Kinsman says, “Too often social is just fire-and-forget with reposting a link.” It needs to be so much more. Amos offers some tips:

– Employ social listening to decipher what’s relevant to the audience you’ve built as interests shift over time.
– Teach team members in the newsroom diverse ways to communicate with their audiences and assist in bolstering their social presence.
– Design every touchpoint of your operation with social behaviors in mind, from communication methods down to the positioning of buttons on the site.

A clever job recruitment video, questions on Instagram stories, Facebook Live interviews and a summer tag-it promotion are just some of the publisher social initiatives that shone brightly. It’s obvious that none of these were one-offs. They were part of a strategy, ideas conceived and carried out to increase audience engagement.

(Note: Our 9-part, new Editorial Training Series will feature a mid-February session titled 10 Easy Steps to Promote Your Own Content on Social. Check it out here.) 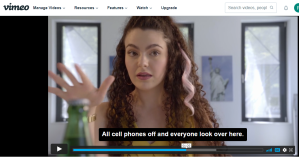 Recruit with video. The scene: Four executives sit at a long table. Enter a young job candidate (pictured above), talking into her phone about her social media followers. She gets off the phone and tells the panel to move in closer for a selfie. She is now all business. “All cell phones off and everyone look over here. I brought a concept. Hand this out please but don’t look at it yet! First of all, only one thing matters to me: Verkaufen. Verkaufen. Verkaufen. [Sell. Sell. Sell.]” “In this video for job applications, we turned around the relationship between the applicant and the company to stand out from other job advertisements in order to get more applications in particular from young professionals,” Behr’s CEO Arno Langbehn said. It worked. The video on Facebook reached 21 times more than a previous text ad there. It also drew 40 times more impressions but only at 7% of the cost per result. They also posted it on Xing (the German LinkedIn equivalent). See the video here. (Use CC for English subtitles.)

Reach out on Instagram Stories. To celebrate reaching one million followers, Vice World News journalists responded to audience questions about what stories and regions they want to hear more about, writes Samuel Ketch on Journalist.co.uk. The questions were sent through the Instagram Stories ‘question’ button, and it is still ongoing. This connects the audience on the platform, predominantly made up of the under-34s, with the journalists in a much more personal way. The journalists also get to see where their followers are and what is concerning them, while also creating appealing content.

Live interviews. It’s good to see Chesapeake Family Life still doing their 3rd Floor Views, live interviews on Facebook. Last Friday’s topic: Great Reads of 2021 with librarians from Anne Arundel County Public Library. The one before that was about Maryland Legal Aid’s efforts to distribute free coats and legal advice. “I really like to do those virtual interviews as long as we can give 2-3 day notice,” Donna Jefferson told me a couple summers ago, adding it’s a good platform to talk about timely topics. Previous interviews focused on Virtual School From Home Tips, the Benefits of Play Time and Navy Football Takes on Racism with an assistant coach and running back. (That interview received more than 700 views.) “By doing virtual [and live] interviews, we get things out there quickly,” Jefferson said. They are doing most Fridays, providing great content for their audience.

Tag, you’re it. Speaking of planning, what are you thinking for the summer of 2022? Advertising Specialty Institute won a 2021 Neal Award for their #PromoInTheWild campaign. They asked industry members to be on the lookout for logoed products, tag a photo of it with #PromoInTheWild and share it to ASI’s online platforms. Four people were awarded $25 gift certificates for their posts. “The campaign generated tens of thousands of positive impressions on social media and even helped some promo newcomers get a better sense of the scope of the industry,” ASI wrote. Said Tim Andrews, ASI president and CEO: “One of the best ways to convince people of the power and reach of our industry’s affordable, effective products is to showcase them wherever and whenever we can. A summertime social media campaign is a perfect way to celebrate our industry when we need it most.”