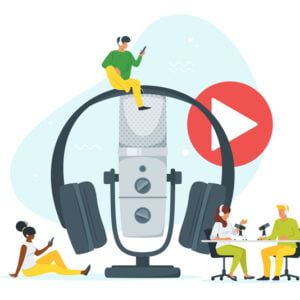 Rob Ristagno of the Sterling Woods Group has started a cool feature he’s calling CEO Campfire Chats. A couple weeks ago, I rsvped to be part of his audience (of around 20) speaking with entrepreneur Sam Yagan, vice chairman of Match.com and co-founder of OkCupid, Tinder and SparkNotes.

After short introductions, Ristagno likes to break the audience up into groups of 3-4 for a 5-7 minute get-to-know-you chat. So before I knew it, just by chance it was myself and two others in that small Zoom window with Yagan. Fortunately, my journalist self quickly took over from my, Wow-this-guy-is-incredibly-successful self.

What was one of the first things you did when you became CEO? “When I took over Match, I realized that they use data, but the expectation—which was always data-driven—was that tests will all succeed,” Yagan said. “It wasn’t built in a culture of failure. For me, that failure was a requirement of learning, a corollary of ambition. ‘What is this? That’s the failed SpaceX launch.’ Is [something great] realistic without failing along the way?

“I compare never failing with not having ambition,” Yagan continued. “[So the question became,] How do we let ourselves test out our intuition? The intuition has to inform what data you get.”

He said that one of the keys to OKCupid’s success was the level of trust that they built with their audience. That reminded me of something Tim Hartman, CEO of Government Executive Media Group, once told us. “Create a culture to build trust and collaboration, and breaking down silos. Think ambitious experiments and trust each other. If you look around and don’t see that, you have a problem.”

Despite his allegiance to intuition, Yagan wanted to gather all the intel they could possibly get. “We quantified what your match percentage was with someone,” he said. “The powerful thing was that before you answered any questions, your match percentage with someone is zero. We wanted to show people that we knew what’s going on. If you didn’t give us any data, then it’s zero. Importantly, the matches got better as you answered more questions. So we were able to gather more information.”

Another key was that Yagan “wanted every single interaction on my website—when this person sends a message to this person. Imagine a video camera in every bar in America. What would you do with that data? For instance, we found that when the price of gas goes up people narrow their search [geographically].”

So the question becomes, amidst all the data we’re getting now, is there still a place for failure and intuition? Absolutely.

“I tell everybody that works for me that I’d rather have them try and fail than not try,” Rajeev Kapur, CEO of 1105 Media, told us a couple years ago. “And that I want them to make a decision. We can fix a bad decision; we can’t fix a no-decision. No one will ever get fired for trying something new or for failing at something they tried to do. I reward people who try, people who think outside the box. I am doing everything I can to empower my team all the way down the chain to say, ‘Look, this is what we need to do for the customer.'”

Kate Lucey, a former digital editor for Cosmopolitan UK, agrees with Kapur, that there are advantages to both success and failure. “If something [messes] up, you can look at your stats and figure out what went wrong,” she said. “Try new ideas—if they work, how can you expand them? If they fail, why did they fail and what have you learnt about your audience that you can apply to future work? It’s constant learning, constant adapting—and a constant headache… but it’s FUN.”

Oscar-winning director Sam Mendes is known for creating “a safe room.”  “Sam makes the room embracing, warm,” producer Scott Rudin said. “People are free to have a bad idea. Frequently the bad idea illuminates where the great idea is. He’s very open about what he perceives to be his own mistakes. If he doesn’t know something, he’s entirely comfortable asking the questions. That makes people feel incredibly well protected.”

Finally, there’s actually a Museum of Failure in Helsingborg, Sweden. Dr. Samuel West said he started the museum “to encourage organizations to be better at learning from failures—not just ignoring them and pretending they never happened.” And where did the idea come to him from? When he visited the Museum of Broken Relationships, of course. (Yes, it realy exists; there are branches in Los Angeles and Zagreb.)