“Hi, I’m Sandra Arevalo,” “and I’m Rahaf Al Bochi, and we’re registered dietitians/nutritionists for the Academy of Nutrition and Dietetics. Eating healthy doesn’t mean you have to break the bank. There are plenty of ways to eat right on a budget. Many people overspend by wandering aimlessly through the grocery store…”

This is the beginning of a powerful two-minute video from the Academy titled Eat Right on a Budget. It was part of their 2021 annual March National Nutrition Month campaign. Their 2019 efforts won a coveted Gold EXCEL Award for Social Media Campaign (Educational). It’s easy to see why after looking at how comprehensive—and diverse—their campaign is.

The Academy offered a campaign Toolkit with tip sheets and handouts, games and activities, PowerPoint presentations and select content available in six languages—English, Spanish, Arabic, Chinese, Hindi and Filipino. And just as importantly, they offered their audience a choice for which social media platforms to engage with. There were weekly Twitter Chats and images to tweet out; slogans like “Learn culinary skills” and “An RDN can help you meet health goals” to post on Facebook timelines; hashtags and slogans to share on LinkedIn; and a slew of Instagram assets to post.

The theme was Personalize Your Plate. “There is no one-size-fits-all approach to nutrition and health. We are all unique with different bodies, goals, backgrounds and tastes! And a Registered Dietitian Nutritionist can tailor a healthful eating plan that is as special as you are.”

Similarly, there is no one-size-fits-all approach in social media campaigns as well. In the Feb. 5 issue of Sidebar, we asked, “What is the social media platform that your membership most engages with you on?” Instagram came out on top at 30%, followed by Facebook at 22%, Twitter at 17%, YouTube at 9%, and Pinterest and LinkedIn at 4%. (“Other” accounted for 13%, and I regret not asking folks to specify that.)

That’s quite a range of preferences. The Academy’s strategy of showing short two-minute videos falls right in line with most advice. “How does an association use social media as a jumping off point to pull people into their content, particularly paid offerings?” Rasheeda Childress asked in Associations Now article last year.

Dan Stevens, president of WorkerBee.TV, Inc., “recommends a drip approach,” she wrote, “where you offer a tiny snippet—micromarketing—to pull people to your site… and into the full story on your ecosystem and your brand, where you can monetize with advertising or pay per view. Whatever mix you use on social media, the key is to make sure that it makes sense from a revenue-generating perspective.”

1. Take a long-term view. “Advertising is all about bursts of activity, but social strategies should be at least 12-months long…” In an Instagram post three weeks ago, the League of American Orchestras put together an attractive multi-image page that looked like a magazine cover with a “Join Our Team” banner added: “Be a part of the award-winning Symphony magazine team! The League is looking for a Production and Design Manager, who will also support The Hub and marketing needs; link in bio. #TeamOrchestra.” In their most recent post, they quoted the late Rep. Elijah Cummings, who spoke at their 2016 conference: “Diversity is not our problem, it’s our promise.” This organization also won an EXCEL social media award last year for their Giving Day.

2. Build momentum. “To build momentum you always need to be offering some kind of new news—in the broadest sense of the word. You should be presenting an idea differently and trying to make that appeal to your audience.”

In its award-winning website redesign, OPIS made social media a big part of its awareness campaign. “Social media is becoming [a major] part of Google rankings,” said Ashlee Bovello, marketing programs principal at OPIS’ parent, IHS Markit. “Be sure to link back to your site [in your social postings]. Put social media icons in your footer not header. If it’s in the header, it’s easy for them to go off into social media land and forget why they’re on your website to begin with.”

3. Treat influencers with care. “Write them a brief and collaborate with them, but don’t create the content yourself. Let them do their thing.” Micro-influencers can be valuable ambassadors who can create and inspire authentic passion for a brand. So brands should systematize their use of influencers… Tomorrow’s influencers will be more segmented, a trend that would benefit AM&P members. In a recent study, more than 50% of people 35 and under said they are influenced in their purchases by bloggers and vloggers (video bloggers).

4. Strike a balance between creation and amplification. “It’s important to consider your ratio of budget spent on these two elements on a case-by-case basis. Too often, brands have a blanket rule that they will spend 15% to 20% on the creative and 80% to 85% on the distribution.”

In increasing a webinar’s revenue by 40%, the Association of Clinical Documentation Integrity Specialists ran photos of their Meet the Dream Team on Facebook posts. On the day of the webinar, Melissa Varnavas, editorial director, events and education, posted a photo on Facebook of her and colleague Mary Ann Genovese, headphones on, ready to go. They also used Twitter to get their message out: “Learning to target metrics to move #outpatient #CDI efforts forward with @ACDIS Live!” 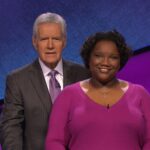 5. Consider the value of complementary channels. The Casualty Actuarial Society won a gold EXCEL award two years ago for a campaign titled Actuaries in Pop Culture. (Last year they won for #ActuariesinMUSIC.) In a Twitter loop, they pointed to an actuary in the opening scene of Zootopia. “I can hunt for tax exemptions! I can be an actuary!” And in Along Came Polly, Ben Stiller played a risk assessment expert who falls in love with the titular Polly, played by Jennifer Aniston. And an actuary even won on Jeopardy that year!

If you can reference Jeopardy, you’re a winner in any book.