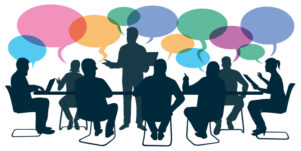 I once asked Dan Fink, managing director of Money-Media, a division of the Financial Times, if he’s transparent with his staff. He said that, “when it comes to how the business is doing, yes. It creates accountability and keeps people on the same page.”

Mike Grebb, publisher of Cablefax Group, an Access Intelligence division, also once touched on that idea of the benefits of staff knowing more about their company’s inner workings.

“What’s made it better for us is the [open] way it’s done across the company,” he said. “You get the sense that editors are generally well-versed in the financial part of the business. We try to keep everyone abreast, not segmented off. I’ve worked at other companies—I came from the editorial side. As a straight editor or reporter, I never knew what was going on or how revenue was generated.

“[Here] I run a weekly meeting and bring the entire staff in—ad sales, subscriptions, marketing, events and awards as well as editors. We share as much information as we can every single week. We don’t get too much in the weeds on revenue; it’s more, ‘How’s that conference doing?’ ‘How’s the next awards program doing with nominations?’ Editors are constantly aware which are doing well and which aren’t.”

Grebb added that “generally, that sort of knowledge, even though it’s not directly part of their job, is good knowledge to have because I think they just have a better understanding of what the business is—say the necessity of working with sponsors. And they have to be part of the fold if it’s an event.”

The Milwaukee Journal Sentinel recently adopted that transparency—meaning they emphasized to the newsroom that growing their subscriber base is the responsibility of everyone—and put their journalists on the frontlines of social media, writing about their work, how they do it, and most importantly, asking for people to subscribe. 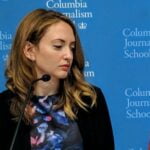 Sensing that their digital audience was bigger than their digital subscriber base, Rachel Piper, digital news director at the Journal Sentinel, said that leaders there “asked our individual journalists to be ambassadors for digital subscriptions on social media.” In an article on the site Better News—a project of the American Press Institute and the Knight-Lenfest Newsroom Initiative—Piper outlined how they significantly increased their subscriber base:

Empowered their journalists. “Over time, individual reporters have built a strong sense of ownership over digital subscriptions…” Piper wrote. “Advocating for the Journal Sentinel brand and asking people to subscribe no longer seems like the responsibility of someone else in a different department. And when these reporters ask their followers and fans to subscribe, it has a different power than our other asks and offers.”

Gave them specific—and easy—ways to help. The paper’s loyalty and engagement news director wrote Twitter threads and asked reporters to, at a minimum, retweet these. She also wrote tutorials for how to change email signatures to include a link to their subscription offer page.

Made sure it was always about the content. Consultant Jim Sinkinson has always preached that subscribers need to be reminded and led to the great content you do sometimes. This is similar to that push to subscribe. “When encouraging those in the newsroom to share subscription callouts, we’ve made sure to tie it to our journalists’ excellent, important work,” Piper wrote. “Rather than telling reporters just to hawk the cheapest deal, we’ve asked reporters to share journalism they are proud of …and note that people can ‘support work like this by subscribing to the Journal Sentinel at jsonline.com/deal.”

Here’s a typical tweet: “By the way, if you’re happy that the @journalsentinel has a reporter here covering this floor debate, another in the Senate, and two covering tonight’s State of the State, please subscribe!

Allowed the reporters to be more personal. They found that readers were interested in how reporters worked and wanted to know what stories they could look forward to. “Calls for subscriptions were key to these columns, but they were also a chance for us to be transparent about the work we do and for reporters to build their brands and connect with readers as individuals.” Some reporters even posted photos of their kids and pets.

Made it competitive. The Journal Sentinel runs subscription contests for their various newsrooms with prizes ranging from cash to ice cream socials. “…we stoked internal competition with updating tallies and pointed to successful efforts.”

It worked. Dozens of new subscriptions were tracked to individual pleas from reporters. They use URL codes to track the source of subscriptions. A big push during a contest typically brought in more than 100 subscriptions tracked to the newsroom. And in one contest that used promo codes for tracking, a photographer brought in 25—the most of anyone in Gannett.

Emphasized subscriptions over page views and created new measurements. Because page views are nice but subscriptions pay the bills, the Journal Sentinel kept that top of mind for the newsroom through celebrating milestones. “But we’re only now building measures like ‘associated new subscriptions’ into author-level analytic reports alongside page views.”

They asked for subscriptions, and that’s okay. I always hark back to this one independent movie theater here which shocked people a few years ago when it announced that it was going out of business but never asked for help. They had hundreds of people show up at a farewell the next week—ready to contribute—but it was too late.

They included all their journalists. Who knows what segment of your audience may feel the most loyal? Some of their most successful subscription calls were from their sports reporters. As a former sports writer, I’m not surprised.